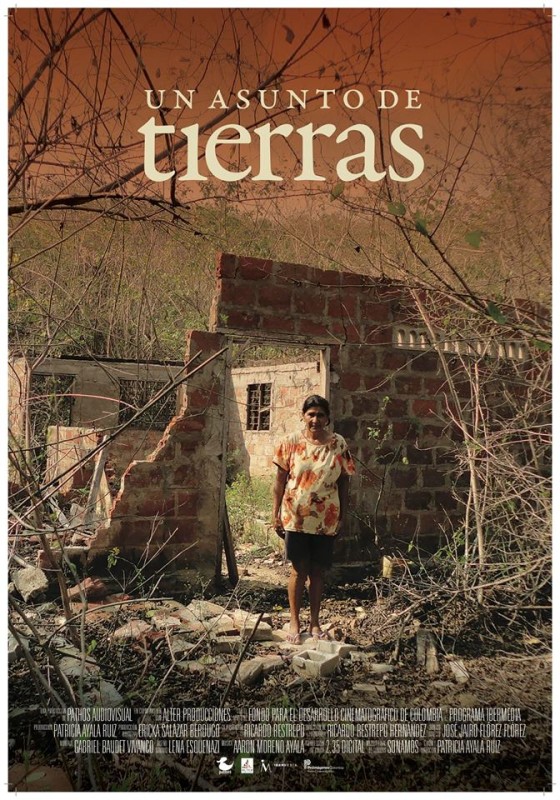 Over the past 50 years, Colombia has endured one of the longest standing internal armed conflicts in the Americas–one that has left over 5.5 million people displaced. Roughly 13% of the country’s population are “internally displaced persons” or IDPs. The question of how to allocate reparations to these millions of Colombians who have been forcibly displaced is central to achieving justice and peace in Colombia. Over the past 10 years, the government has attempted to address the roots of violence in Colombia, with varying degrees of success.

In response to the growing demands of the victims, in 2011 the government under President Juan Manuel Santos promoted the passing of Law 1448, or Victims’ Law. This law attempted to establish a program that would provide reparations to victims, as well as a process by which victims could return to their land.

Un Asunto de Tierras, playing now at the 16th Annual Havana Film Festival in New York, follows one community of displaced persons — a group totaling 1,500 scattered across the country — who attempt to put into practice the procedure set forth by the Land Restitution Act of 2011. Through Kafka-esque twists and turns, the members of the community formerly known as “Las Palmas” attempt to restate their claim to their land, remember their community, and reassert their local identity. The documentary deftly interweaves the groups efforts to engage with the new government procedures with a behind-the-scenes view of the Congress and government officials as they debate the Act itself, open the new the Land Restitution Unit building, and argue over the program’s implementation. Un Asunto de Tierras offers an unflinching view of the hollowness of government justice processes that were, perhaps, never intended to work in the first place.

Nora is the Outreach Director at Skylight.