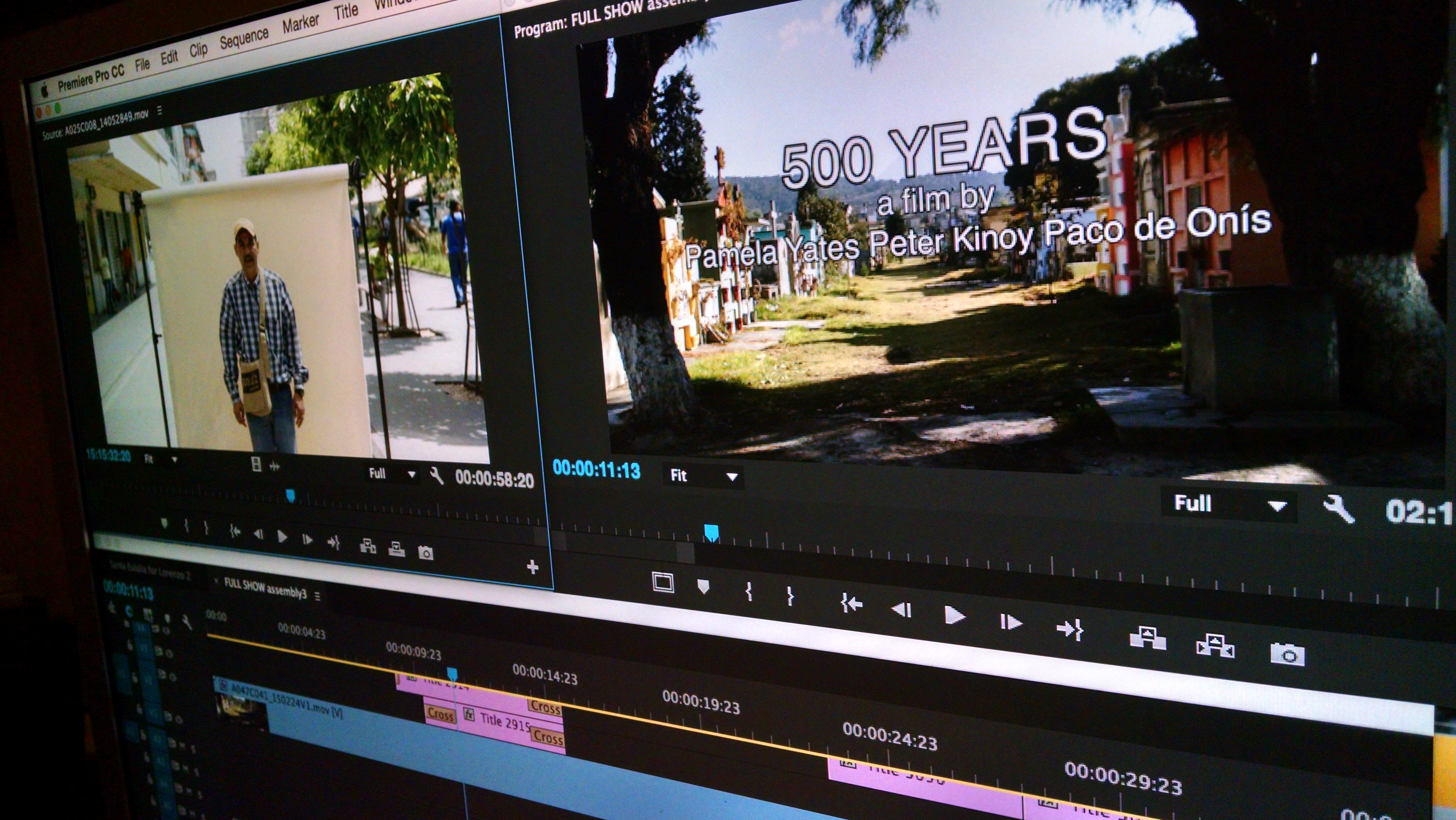 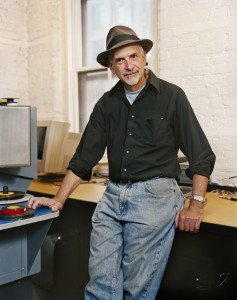 In these monthly postings my hope is to part the curtains and give you a glimpse behind the scenes where Skylight films get put together. I am the chief slicer and dicer, wielding my electronic knife with pleasurable abandon, but we get ahead of ourselves. Let me set the stage: My cutting room is in our space at 33 Flatbush, a strange and wonderful holdout building in the midst of the transmogrification of downtown Brooklyn, USA. For those of you who might venture here: a long dingy hallway leads from a non-descript front door past a gigantic notched wooded beam salvaged from some unknown building to a defunct pay a penny get your weight and fortune machine that sits beside the elevator. At four the elevator opens onto a large open space. The first thing that assaults the eye is that not a single thing matches anything else, as though furniture and assorted objects of the past 100 years have been repurposed in the service of today by some conceptual artist. Passing a large common kitchen we come to a small fishbowl enclosure – my edit room. But before drawing back the editorial curtain any further a word of caution. Those of you who relish in the seamless magic of well told documentaries be forewarned. The shattering of the illusion is not always a pleasant experience, as my following Adam and Eve story may illustrate.

I was five when my Uncle Ernest, who wrote plays to be performed live on network TV, took me to Rockefeller Center studios to see where they filmed my favorite TV show, Howdy Doody. But no one had prepared me for the destruction of innocence about to descend on my young psyche. I watched the Howdy Doody show every weekday and as far as I was concerned our TV was nothing more than a window into another world, as real as my own, where Howdy Doody and Buffalo Bob lived their lives. (The current film “Room” captures this TV illusion quite nicely and contains a brilliant performance by child actor Jacob Tremley.) Uncle Ernest led the way as we walked through large doors into a big room strewn with lights and scaffolding, cameras and dollies. Sure enough, there was the “peanut gallery” – the small grandstand that those special kids somehow got to sit in. But instead of the Howdy Doody world stretching into infinity behind the peanut gallery, there were just more lights and a rear wall. As I tried to comprehend the incomprehensible a dark dizziness descended over me. All was not right in my world. Thank goodness for the plasticity of young minds, and I did eventually recover from the shock to go on and become a practitioner of the art of illusion myself. So be warned dear reader, for adult minds are somewhat less pliable! The worlds we filmmakers create and the intricate stories we weave through those worlds are nothing more than computer code assisted displays of electrons stimulating an array of microscopic pixels. 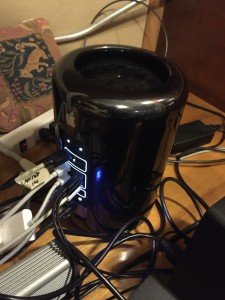 At 33 Flatbush I slide open the door of the edit room, throw the master power switch, and then a series of switches so that electrons can flow freely through spinning hard drives containing hundreds of hours of captured images and sounds, through an Intel 6 core processor, and onto several display monitors. I have been working on our upcoming feature documentary called “500 Years” for over 12 months and I am closing in on what we call a rough cut. Opening the project on the desk top I have a warm feeling, like greeting an old friend. All the decisions, all the miss-steps, back tracks and false turns that the editorial process has taken are contained in this one Adobe Premiere file, about the file size of a dozen cell phone photos. As the project boots up the arrays of hard drives containing the massive amounts of captured data spin into life. 24 Terabytes of the struggles and the triumphs of the Guatemalan people stored in my two tiny enclosures. At times I shudder at the fragility of it all. The Adobe Premiere interface appears on two large monitors. There are the bins, the timeline, the source and edit windows; my hand is on the mouse and the edit day begins. 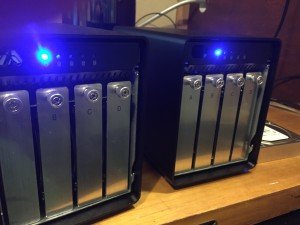 My Partners, Pam the director, and Paco the producer, occasionally take off on shoots, filling more drives with captured sounds and images. For me, when they return, it is always like Birthday and Christmas all wrapped in one; an orgy of delight in opening each file folder to begin panning for gold, revealing what gems lie within the hours of new footage. But in the meantime I am struggling to put order to chaos, wrestling a first full assembly of the film down to the ground. To get to this point I have had to cut away at several hundred hours of material fashioning bits and pieces into a 2 hour 18 minute cut. I see it displayed in the abstract as 4 video tracks and eight audio tracks, the current culmination of all the decisions I have made up to this point.

Each moment in the edit room is a clash between ideal and reality, and at this moment my idealized concept of the story is coming smack up against the reality of what was filmed. This is not the world of fiction film where you can script dialogue and action. This is a more messy world of real people and unpredictable events, or as Pam puts it “the beauty and horror of documentary.” And yet the criteria of the audience who will eventually be watching “500 Years” is essentially the same as if they were watching a scripted film. They want a cohesive story built around fascinating characters, and a plot that holds their attention, and this is what we are struggling to provide. I also feel a responsibility to make a film that will do justice to the incredible lives of the protagonists who are populating the world of “500 Years.” A people who have survived genocide and have emerged to fight for a better world. And a responsibility to the audience, those unknown viewers in Guatemala, here in the US, and in countries around the world who, if we all do our jobs right, will see this film and learn and be inspired by the people in “500 Years.”   But right now nothing in this assembly works quite right. The people are there and are emerging as strong complex individuals, but my idea of storyline lacks consistency and it lacks definition. The plot is poorly articulated and at times disappears entirely, buried in a fascinating but seemingly extraneous scene, and on top of this I have no real beginning nor a satisfying end. “Ha, if it wasn’t so hard everyone would do it,” I think as I attack my assembly once more.