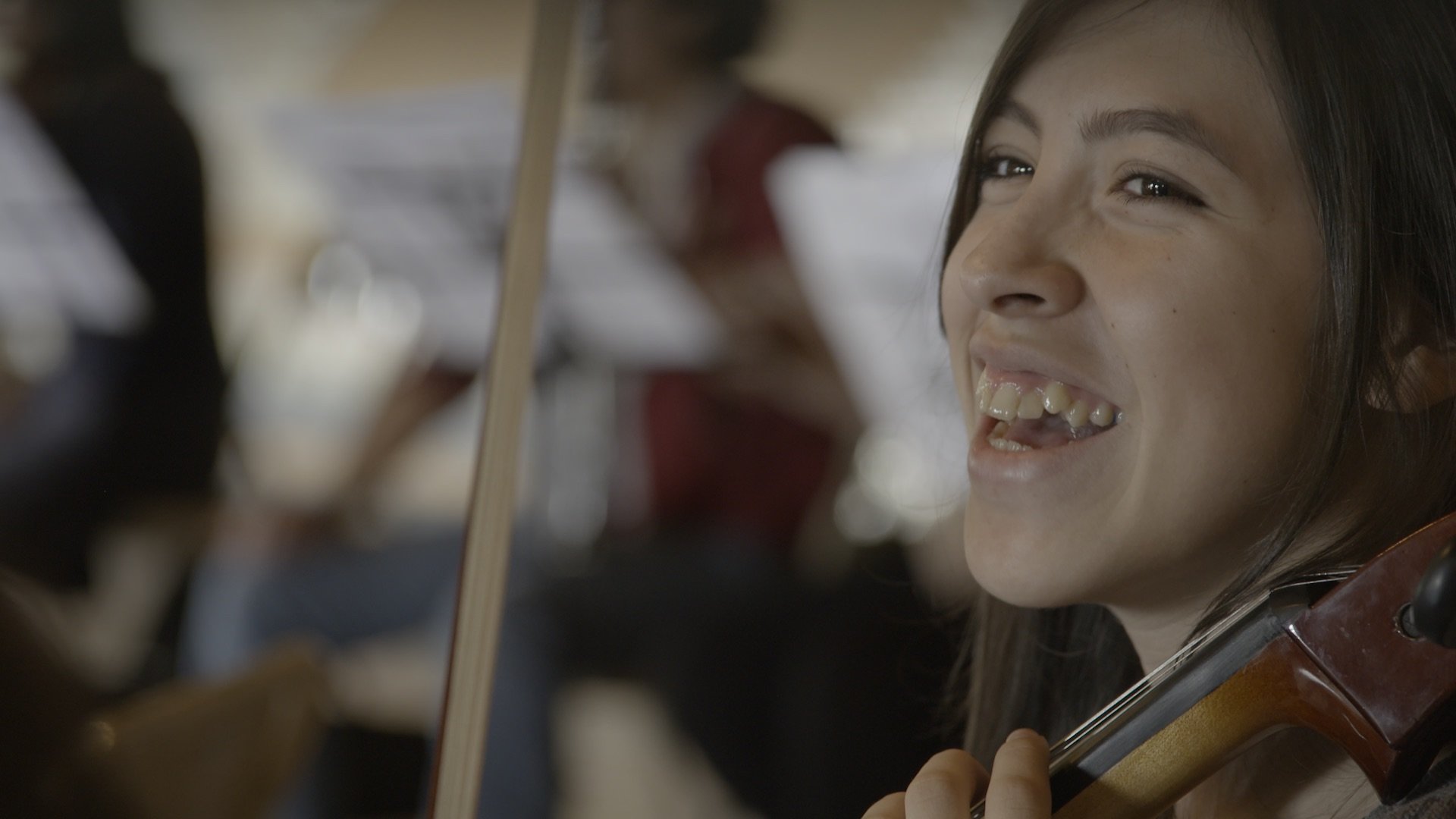 Salvaged lumber and various reused windows separate my 8×10 edit room from the rest of our space. According to Al, the owner of the building, the edit room’s glass sliding door was rescued from a discarded exhibition case in the Natural History museum. But on this December morning as I sit alone facing my equipment I imagine the images on my monitor filling the screen in a darkened theater. That’s where this film, 500 YEARS, will be seen. I watch as a group of teenage Mayan girls work on an unidentifiable object in the middle of a dusty field. Pamela and Paco have just returned from a three-week shoot in Guatemala, and all morning I have been reveling in the discovery of new and marvelous material that they have brought me from that shoot. For me it is Christmas and Chanukah come early, all contained in a tiny 1 terabyte portable drive.
Clicking through this particular media folder I can feel the joy of these young women united in their collective, loving task involving long pieces of bamboo, crepe paper, and rope. Searching forward through the material I watch as the object is gently raised to its full height. It turns out to be a 12’ tall octagonal kite, covered with incredible painted images, that towers over the group of young women. Already on this first look the scene plays out in my mind, a collection of intriguing close ups, the reveal as we get to see the finished kite for the first time, and finally the riotous run as the whole group of young women race laughing across the dusty plain all together pulling on the rope attached to the giant kite, hoping to get it high enough into the wind to hold their magnificent creation aloft. 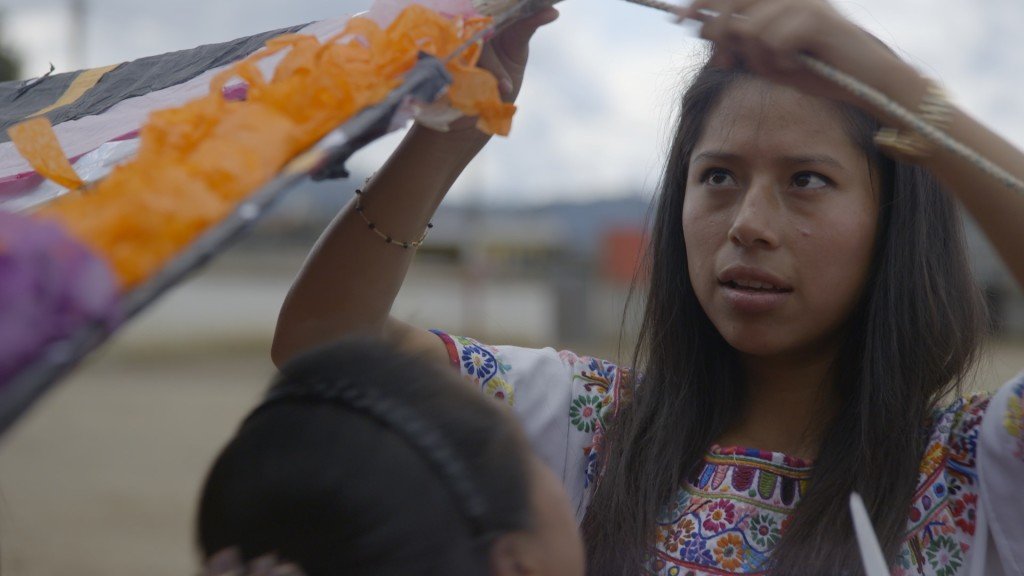 Editing is like that, constantly building your imagination into a filmic reality.

As morning folds into afternoon this new batch of footage has revealed a series of these gems; moments captured in an array of electrons by Dutch master cinematographer Melle van Essen. His feeling for composition, texture, light, and framing are such a pleasure to watch and work with. Besides the flying of the giant kite, I have seen a small living room transformed into a makeshift TV studio, and 45 young women rehearsing in a new orchestra. Here too my editorial mind races forward not only seeing these scenes as the mini-dramas they contain, but I am also imagining where they might fall in the overall visual storytelling; what they can tell us both emotionally and as information. 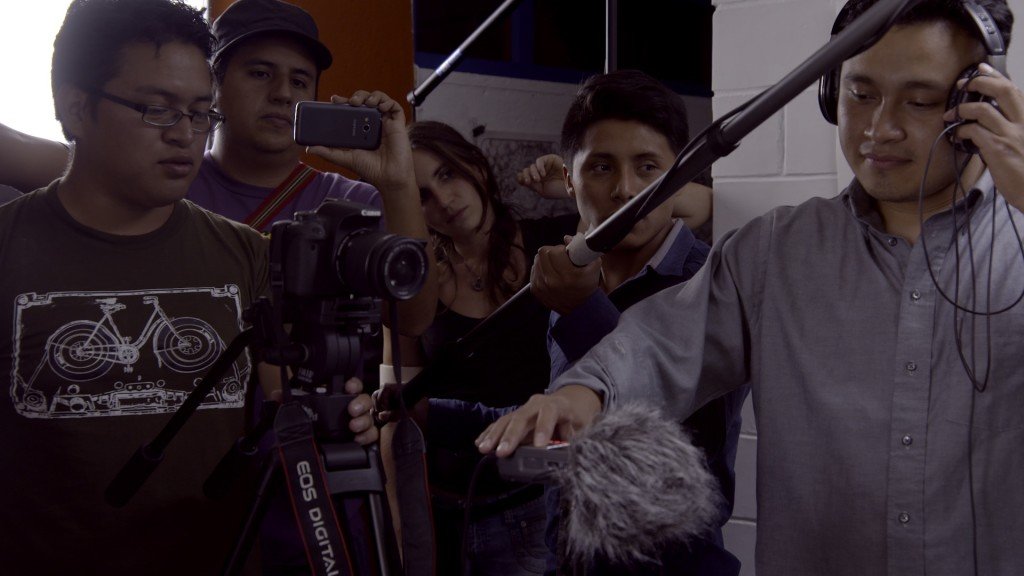 These new scenes are born from the social turmoil that has shook Guatemala this past year, a turmoil that forms the meta story in 500 YEARS. After 60 years of fear an entire population broke out of its political paralysis. Week after week, as our Guatemalan cinema-verite crew filmed, the newly emboldened population filled the Central Plaza in a non-violent effort to depose a corrupt president.

As I shut down drives and computer for the night the challenges of this final push to completion seem to hang in the now darkened edit room; how and where these marvelous new scenes fit in to telling the sweeping epic that was the past three years in Guatemala so that the audience feels the infectious excitement and the optimism that even seemingly intractable, brutal authoritarian regimes can be challenged and changed.