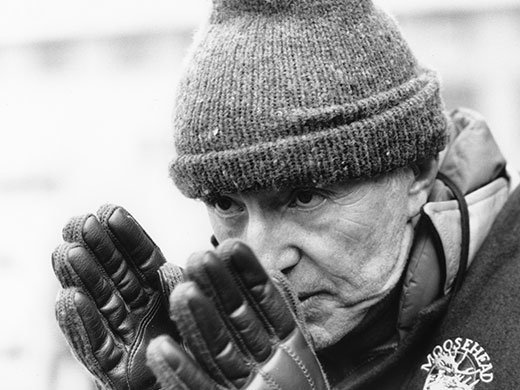 Posted at 11:59h in Journal by Sofia Geld

I knew nothing more than a name when I started Rebel Citizen last night, but by the end of the film I felt as though I’d met Haskell Wexler myself. Director Pamela Yates presented an expertly crafted narrative of Wexler’s life. From his first moments on screen Wexler’s charm shines through. The cantankerous old man dominates the screen. He boisterously vents his passion for his films, dismisses potential critics with defiance. I laugh. From the very beginning, this instance, and others like it, deliver on the film’s mission; they tell the story of Haskell Wexler.

Rebel Citizen jumps between an ongoing interview with Wexler and snippets from a small selection from his over forty, mostly unknown, documentaries. The interview sequences invite the audience into conversation with Wexler. Like a grandfather recounting his stories to his children Wexler guides the film from his breakout work on Who’s Afraid of Virginia Woolf (1966) up to documentaries he made in the twenty-first century. Wexler’s stories are intercut with footage from whichever film hediscusses. These serve not only to provide context, but also to introduce the audience to his film technique. Viewed as a whole these pieces provide an opportunity to examine the evolution and refinement of Wexler’s style. More than this, the selection of films discussed express his inclinations towards issues of injustice. They reveal how passionately he sought to document what was going wrong in the world. How selflessly he dove into danger. How much he loved an adventure.

The film contains so much of what made Wexler a great artist. The audience is lured into familiarity in a matter of minutes. The visuals are striking and many provide novel perspectives of the most historic social justice battles of the late twentieth century. They stand as testament to both Wexler’s mission and his skill. In discussion at the film’s screening, Yates recalled the celebration with which Wexler’s life and legacy have been remembered.

Executive Director of Skylight Films, Paco de Onís, praised Wexler’s personal generosity in sharing his insight with the rest of the world through film. Wexler lives on as brightly in the memories of his friends as he does in the scenes of Rebel Citizen. The passion of the subject is only matched the passion of the filmmakers who so brilliantly preserved the man’s legacy as a documentarian. It was a story that deserved to be told as part of Filmfest DC’s series.

Sofia coordinates production on the feature films and oversees the distribution of Skylight’s work. She is in charge of coordinating all outreach and engagement campaigns in Brazil, to launch in 2016.