In face of the escalating social struggle around racism in the U.S., and the destructive narratives being generated against the Black Lives Matter movement, it is evident that powerful storytelling has never been more important in defending fundamental human rights and combating entrenched inequities not only in this country but in societies around the world. At Skylight, we believe that it is necessary — and possible — for social movements to counter these hostile responses by building powerful and effective counter-narratives of their own. Skylight has a long history of using the power of storytelling to garner empathy, move public opinion, and transcend present realities to generate a vision of what’s possible. We work with activists, artists and social justice organizations collaborating closely with movement actors to create transmedia projects that shift cultural perceptions to lay the groundwork for change.

Photo by Zun Lee, from the series Father Figure, www.zunlee.com/fatherfigure.

“In this moment it is incredibly important to document everything. It’s important for us to tell our story and be able to have that as living legacy for those that are going to be leaders after us. To learn and to figure out what we did wrong, and to learn from that and to have legitimacy around that.”

We are facing a global crisis of civic space that is being attacked and shut down with fierce tactics of repression. One of the major challenges that human rights and social justice movements face is the effectiveness of powerful corporate and state controlled media in deploying narratives that discredit them and, in many cases, seek to criminalize their leaders. The way that these public issues are framed, support the status quo, in effect shrinking the space democracy should offer civil society, and it’s happening all over the world.

“They are saying to us, ‘you can’t have your way, because we have the power. You are beneath us and will always be.’ But we haven’t given up on the historical struggles of our people. On the contrary, we have taken on that struggle and we are moving forward.” 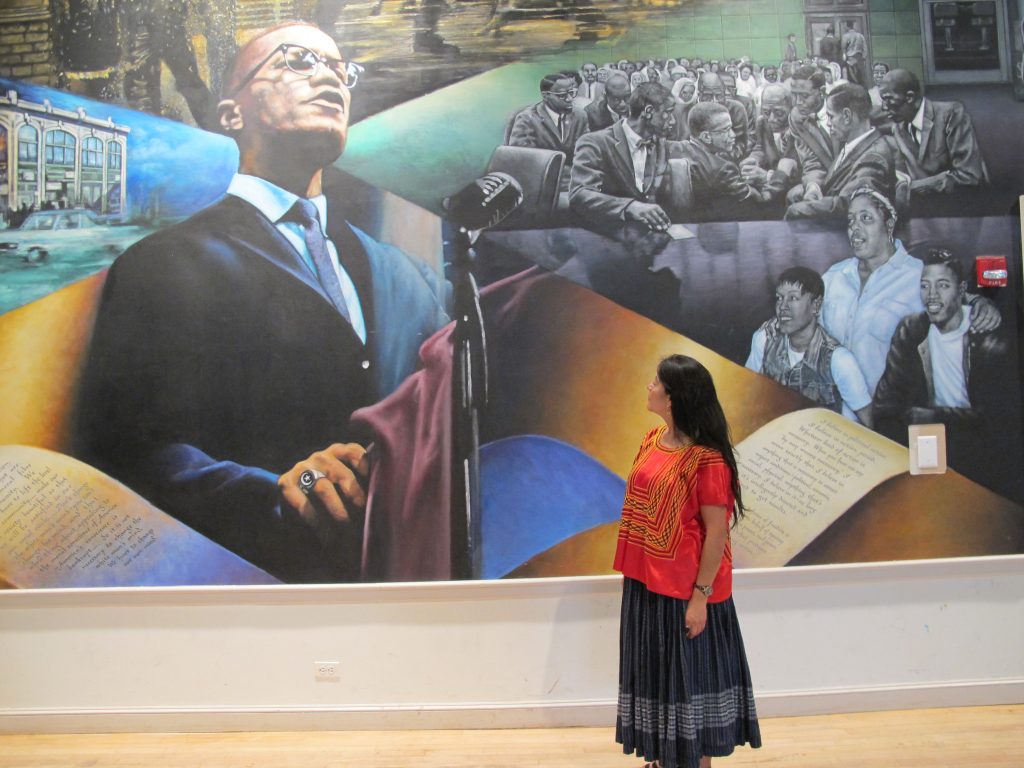 The “they” that Irma Alicia is speaking of are the Guatemalan white elite, but it echoes in our society. There is an arrogance of power that turns local police departments into small military operations that view engaged citizens as the enemy. The courageous  people on the front lines of the Black Lives Matter movement are most certainly drawing attention to the uncompleted promises of emancipation. But Black Lives Matter is not the problem, it is an essential part of the solution if we are to break down the white supremacist structures of our society.  Yet that story isn’t gaining traction. We need to promote a narrative of solidarity, about how fundamental social change in the U.S. must be built on the full emancipation of the former slave population; the Black Lives Matter fight is most assuredly our fight.

Want to become more involved in the #BlackLivesMatter movement? Here are some organizations we suggest you look into: