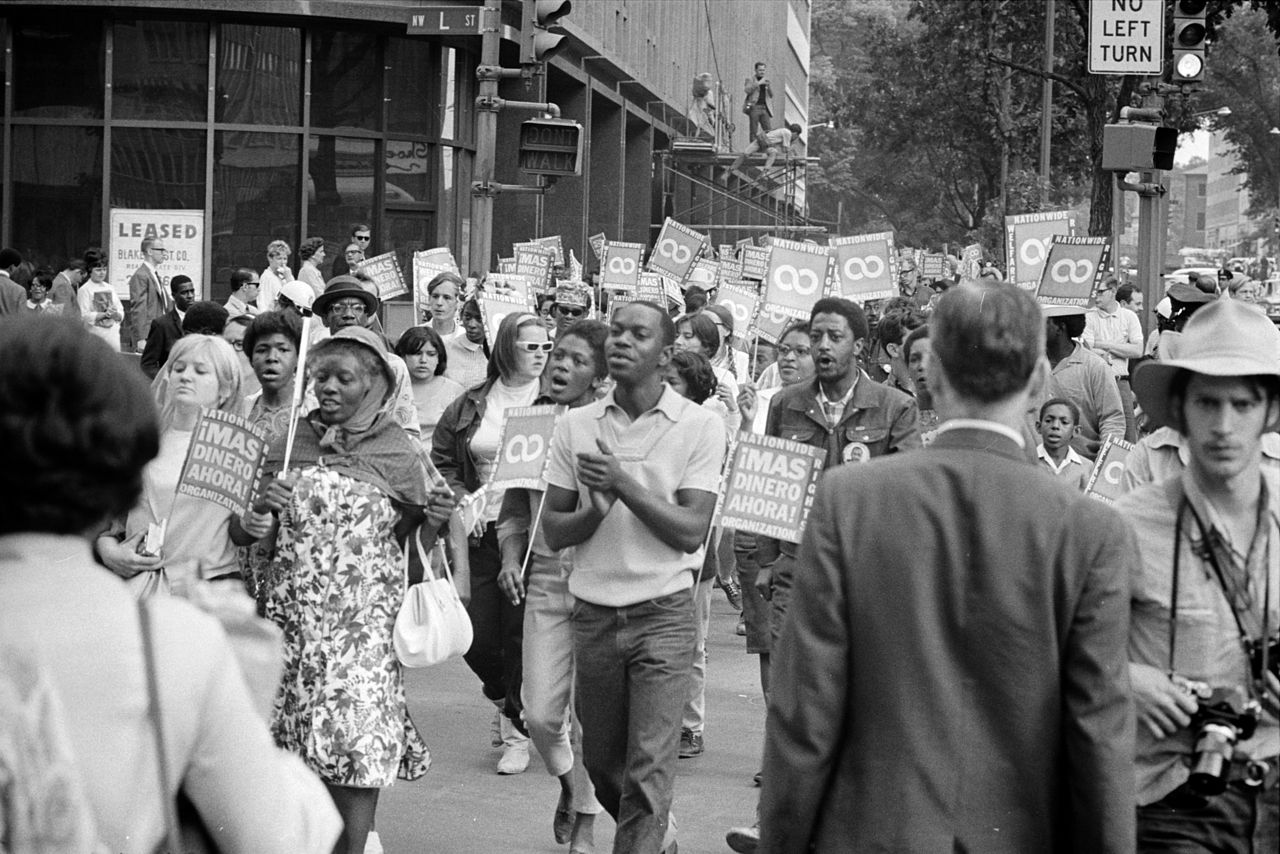 Our society is ripe for change. The brief Occupy movement showed us the first glimmerings of widespread discontent, and the Sanders and Trump campaigns have demonstrated that many Americans have become disillusioned with the status quo. But, in what direction will we go; more violence, racism, isolation and inequality? Or, towards a society of equality, where the basic needs of all people can be met?

The problems facing people in this country are immense, and growing more acute every day. Too many people are suffering from permanent unemployment or underemployment. There is catastrophic climate change, and seemingly permanent wars decimating our youth. The fossil fuel and extractive industries are poisoning water, land and air. A large section of the population is subject to racial brutality.  In order to solve such pressing problems we are going to need a popular movement. That’s why Skylight has joined with dozens of other organizations to support the New Poor People’s Campaign. The campaign is based on the ideas put forth by Dr. Martin Luther King before he was assassinated. He believed that a movement that united the poor across racial and ideological lines could be “an unsettling force” to arouse the sleeping giant of the American people. The New Poor People’s Campaign is a different kind of crusade, organized horizontally and not directed by any one group or leader. Instead, it reflects an organized will of many groups who understand they cannot meet their goals alone, and these goals have more in common with one another than are different.

As a human rights media organization, Skylight is in a unique position to contribute to this effort by helping to put a human face on the concept of the Poor People’s Campaign. Skylight will also help to cultivate the understanding of the connections between our various social struggles to productively work together toward a common goal.

This kind of work is not new to us at Skylight. We began using and developing our media skills working with U.S. social change movements in 1978, when we made a film about the Ku Klux Klan called Resurgence. In the 1990’s we made a series of documentaries— Takeover, Poverty Outlaw and Outriders —by collaborating with the organizing efforts of various people living in poverty. In 1999, we helped to set up a Media College of the University of the Poor.

Our hope for the future lies in a movement of people united across the various social chasms of division, such as race, religion, and ideology, which often times keep us from working together. To this end, we are working with the Media Group for the Poor People’s Campaign and have helped produce three short profiles of fighters whose lives have been affected by crises in our society. We hope you will enjoy watching them, sharing them with others, and look forward to sparking conversations about how we can all address our common problems.