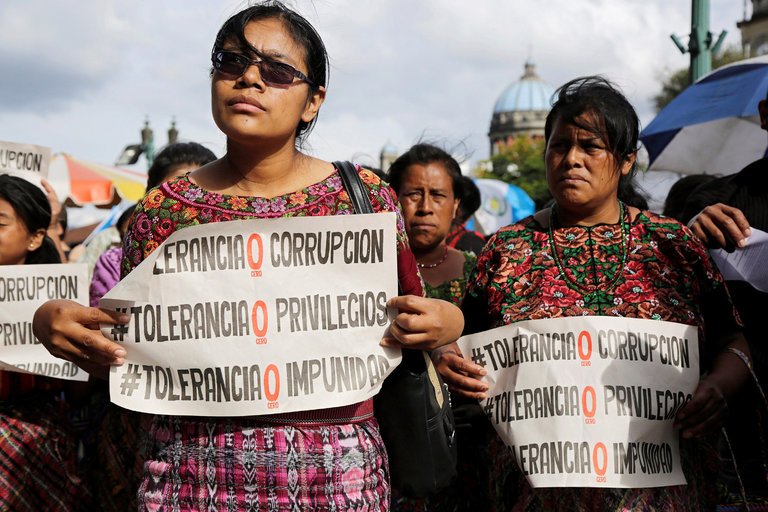 We are a non-profit human rights media company working with Guatemalans since 1982 to create the documentaries, “When the Mountains Tremble”, “Granito: How to Nail a Dictator” and “500 YEARS”. The making of the films, and the women and men in them, the protagonists of contemporary Guatemalan history, have shown us how the sustained quest for justice and the end to corruption are at the core of their long held desire for an inclusive democracy.

The Commission Against Impunity known as CICIG, a joint UN / Guatemala Attorney General’s office effort, was instrumental in uncovering corruption in the administration of jailed ex-president Otto Perez Molina, and has now set its sights on possible corruption in his replacement, President Jimmy Morales. On August 27, 2017 President Morales tried to expel the head of the CICIG, Iván Velásquez, from Guatemala, and the Constitutional Court weighed in with a temporary stay to block his order.

We support the continued work of Iván Velásquez, the head of the Commission Against Impunity in Guatemala and of Attorney General Thelma Aldana and the Public Ministry as they investigate and prosecute crimes of corruption at the highest levels of the Guatemalan government, including their moving against the office of the President of the Republic, Jimmy Morales.

We oppose the expulsion of Commissioner Velásquez from Guatemala by President Morales.

We call on the international community to make their voices heard in support of democracy in Guatemala, and in support of Commissioner Velásquez’s continued efforts to end the culture of impunity there.

To read the statement in support of the CICIG signed by representatives of various indigenous groups in Guatemala, visit here: http://bit.ly/2iCUBRZ

For more information on what we do: skylight.is

For more information on The Resistance Saga trilogy visit: http://500years.skylight.is/