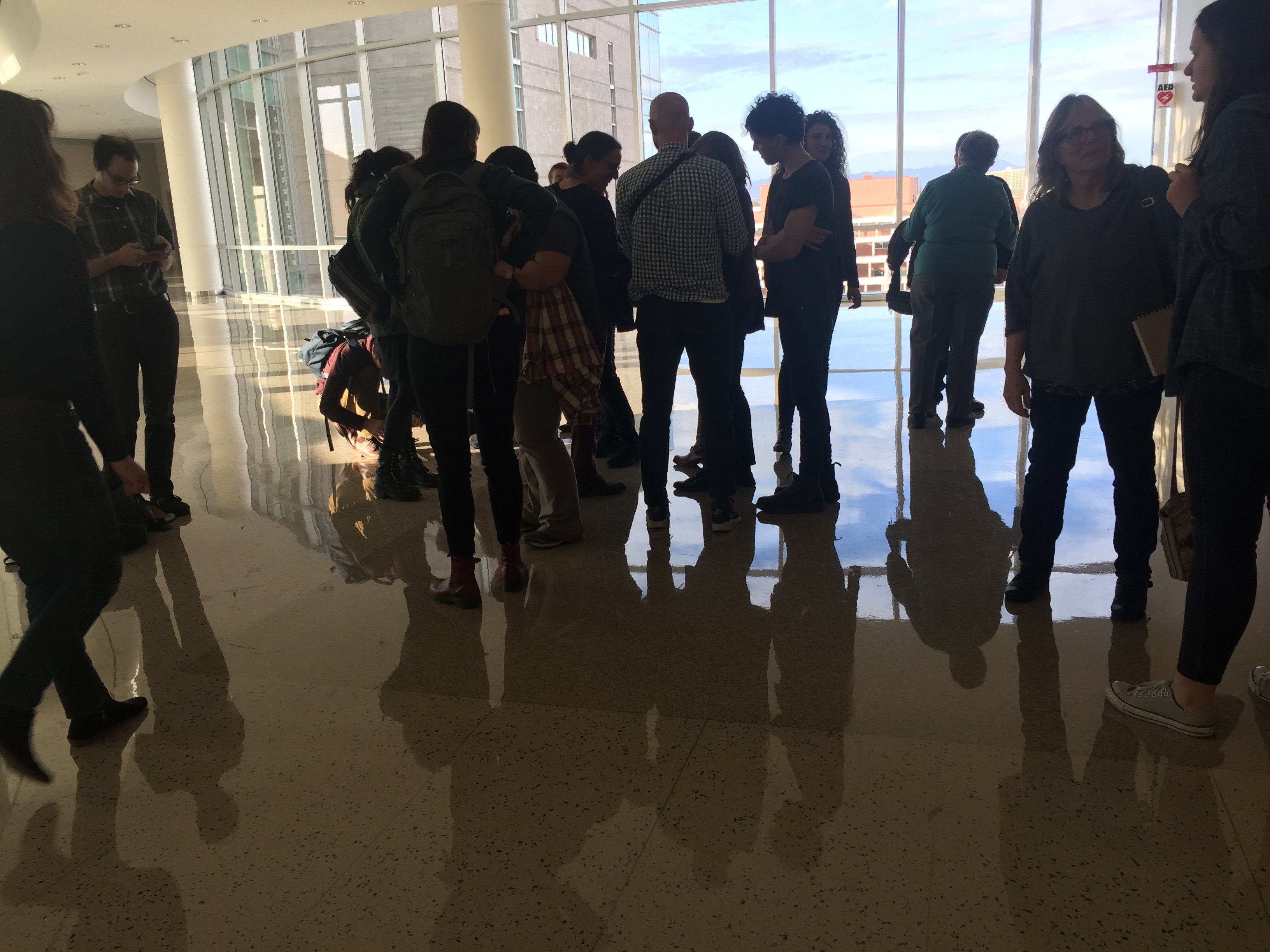 The verdict came quickly and it was harsh: Guilty.

Flashback one day to the closing arguments that summed up the case.

Nathaniel Walters, the US government prosecutor is blunt. “This case is about choices to break Federal law. They (the defendants) operated a motor vehicle in a wildlife refuge.” [fact: they drove a truck filled with water and food so they could penetrate deep into remote migrant trails].  “They abandoned personal property.” [fact: they then hiked even further into the refuge with 5-6 gallons of water and cans of beans in 110 degree heat]. “And they entered a wildlife refuge without a permit” [fact: the permit prohibited the very work the No More Deaths volunteers were committed to: leaving water and food on the migrant trails]. “The defendants think that their personal beliefs are more important than the law. But no one is above the law.”

The defense team’s Louis Fidel in his closing takes the high moral ground. “The summer of 2017. The Trail of Death. There were bodies, skeletons, human remains and bones scattered on the Cabeza Prieta Wildlife Refuge on the western slope of the Growler Mountains. These women went out in the heat of summer on a lifesaving mission. It’s a situation that calls for action, and these women came from across the country to act. Is this a crime?”  Was following their religious and spiritual beliefs a crime?

These are the two positions that Judge Bernardo Velasco considered as he decided the verdict. Only one seemed possible.  With this great humanitarian crisis of migrants forced into finding their way across in the most rugged places on the border, we must act to give them water and food, to help them survive and thrive, to welcome them. History will judge each and every one of our failings, if they are allowed to suffer and die of thirst in the desert.

We now await the sentence which could be up to 6 months in jail. And remember, this is one of three trials of the No More Deaths volunteers. Stay with me.