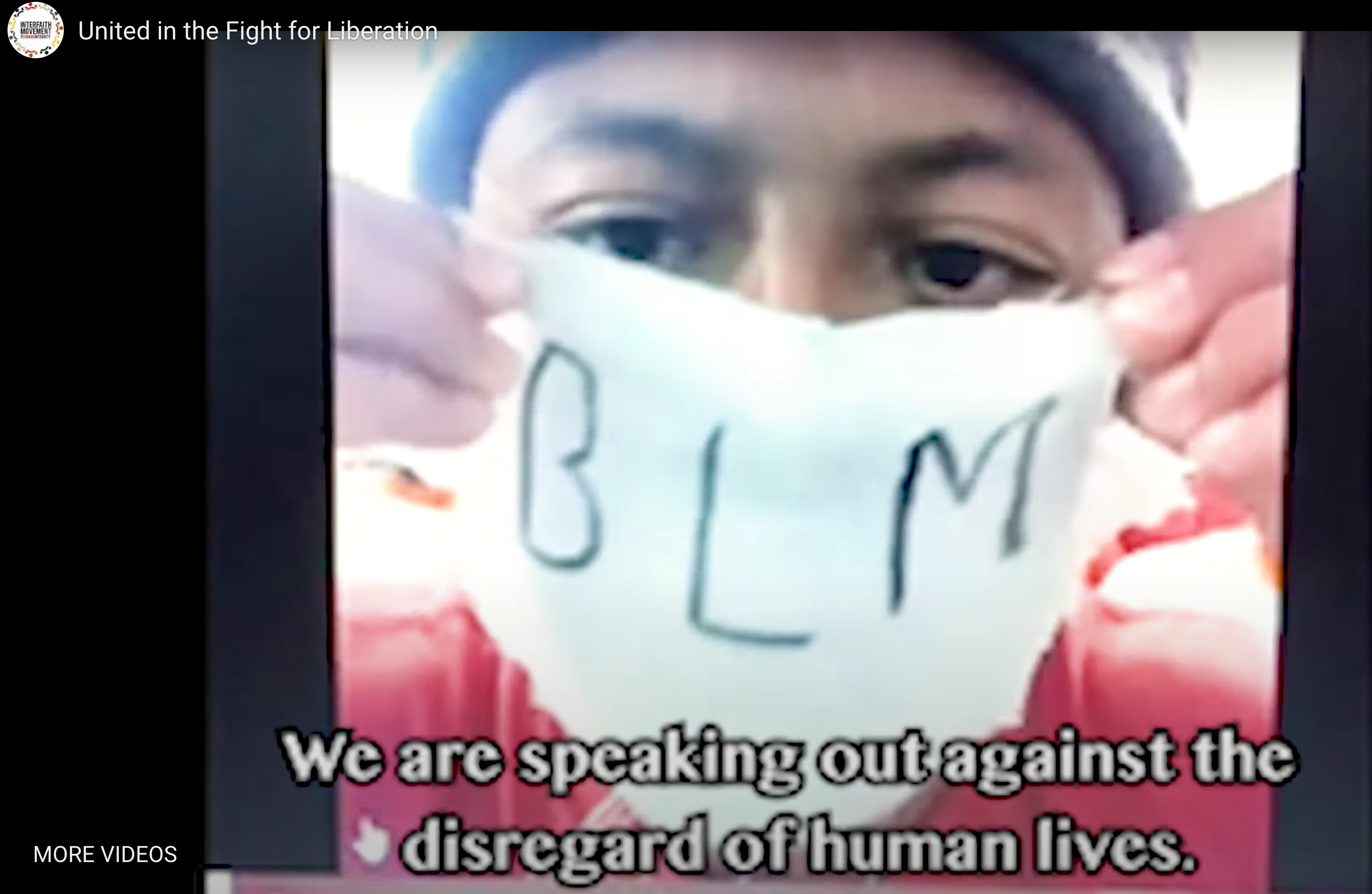 Posted at 13:58h in Journal by Pamela Yates

To commemorate Juneteenth, the date when the long struggle for the abolition of  slavery was realized, I asked some of the protagonists in our film BORDERLAND to reflect on the following questions:  How do you think the movement for immigrant rights intersects with the Black Lives Matter movement? And how can we turn this moment into a real movement?

Here is how a few of them responded. 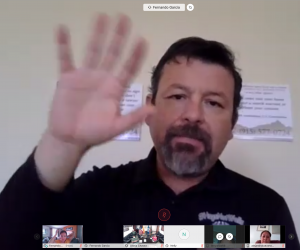 Fernando García in a recent Zoom interview with Pamela Yates.

Fernando García, Co-Founder and Executive Director of the Border Network for Human Rights:

For more than 22 years the Border Network for Human Rights has worked within border residents and immigrant families impacted by a culture of abuse and by a border strategy that has “normalized” criminalization of immigrants and militarization of the border region. The practical and daily consequences of such strategies are wrongful searches and seizures, illegal entry into property, racial profiling, families in detention, beatings, verbal racist insults, children in cages, the shooting and killing of hundreds of immigrants and border residents by border immigration agents and local police officers, migrant deaths in the deserts, rivers and mountains while crossing the border, and the massive construction of border wall and detention centers, extreme poverty, among other aggressions.

These abusive, racists systems are not only impacting immigrants and border residents but many other poor communities of color in America. The essence of Black Lives Matter is closer to the situation at border communities that many might think. We, communities of color in the country, are subjected to the same systems of oppression and control. The criminalization of black Americans has the same fundamental origins of the system that criminalize parents and children at the border. The militarization of border enforcement agencies is not different, and it has the same purpose, of the process of militarization of local police departments. The hate and racism dramatically experienced by black communities is also felt by poor immigrants color looking for a better life in America.

Yes, there should be no doubt now, the social justice, human rights movement in the United States will only be successful with the clear understanding that the struggles of communities of color are intrinsically connected by our resistance to live in a country that only offers poverty, hunger, exploitation and rejection. Moreover, we have the enormous task to reconstruct a country, through social struggle, that mirrors our hopes for equality in dignity and rights, and this will only be accomplished together. This is the moment to do it.

As a medical doctor who has worked in both prisons and immigration detention, I am struck by the fact that aggressive policing, use of force and mass incarceration and detention have been disproportionally used against both African Americans and immigrants, particularly those coming from Central America.  This is merely another manifestation of original sin of the American experiment: the racially based exclusion of certain racial minorities from full recognition human rights.  It has its violent roots in slavery and the subjugation of Native Americans.  It is a deep flaw at our core that must be confronted and reconciled with our purported values of freedom and inherent human dignity.

For this moment to become a movement, we must not only seize the initiative, but we need to prepare to not let go of it.  We must not falter or grow discouraged or become cynical.  The chronic disease of racism that has so infected the American system since its inception must be further exposed (yes, further exposed because too many Americans still deny its existence) and decisively rejected.  The treatment for the disease of racism will require all of our best tools – protest, truth-telling, electoral politics, strategic litigation, education, and the arts.  The framework for all of this is the recognition of basic human rights for all people.  That is the American ideal.  To achieve it, we must use this moment to confront our grievous betrayal of those values and press the process of reconciliation and systematically deconstruct the tools of oppression. 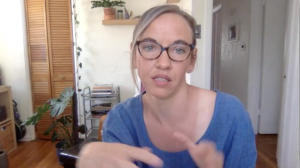 Robin Reineke in a recent Zoom interview with Pamela Yates.

Robin Reineke, founder of the Colibrí Center for Human Rights and Missing Migrants project, is  currently the Assistant Research Social Scientist in Anthropology at the University of Arizona’s Southwest Center.

The two movements are quite connected, and it has been inspiring to watch them support one another through the years. And they are not mutually exclusive. However, as Black organizers and teachers have taught us, anti-Blackness is specific and is in need of urgent action. The way I see it, with humility as a white woman committed for life to anti-racism work, is that right now is the moment to follow specifically Black leaders and find ways to support their work. All people of color are harmed by white supremacy, and this movement is and will be even more attentive to all the diversity of non-Black people of color, but organizers are clear in asking that we focus on anti-Black racism right now.

The successes of this movement already are expanding awareness, protections, and justice for non-Black POC, and that will continue. In the future, when the time is right, I am excited to see the conversation about police brutality take a close look at Border Patrol and their budget. I am excited to see huge diverse protests outside ICE holding facilities and immigration detention centers. I am excited to see the names and photos of the border’s missing and murdered become familiar to average Americans. Because the border itself was built by white supremacy. Because like the police, Border Patrol was founded to be a repressive force meant to control Brown bodies. Because those who have died in the desert borderlands were human beings whose lives matter. 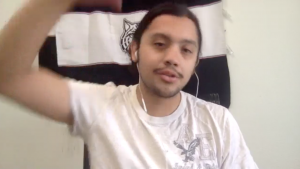 Luis Osuna in a recent Zoom interview with Pamela Yates.

Beyond intersecting, I think it’s evident that the Immigrant Rights and Black Lives movements have always been, and will forever be, intertwined in their struggle. I find it impossible to ignore that at the root of our movements there were forced migrations that occurred.

History has proven that as individual movements we’ve been fighting a common oppressor, history has also shown that in our fight, when we unite as movements and as communities we prosper and take larger steps forward towards obtaining justice. As people living in the United States, and as people looking to come into the United States we share a terrifying reality, the reality that the systems that run this country have been killing us without consequence for a long time.

Death comes in the deserts as folks try to enter the country, in the same manner that it comes for our Black siblings in the streets as they try to live their lives. Death comes as disease in the immigration detention centers, in the same manner that it comes as disease in the overcrowded and overfunded prisons. Death doesn’t begin when a Border Patrol agent or a Police officer decides to pull the trigger on our unarmed migrant siblings and our unarmed Black siblings, instead death trickles down from a system put in place to try and keep us in place by any means necessary. The system of a country that was built on Black labor, and that now makes its profits off of our Black, Brown, Indigenous and migrant labor.

When I stand with my community demanding justice for Black lives taken far too soon, I’m also standing for the lives of everyone else that has been affected by this systemic racism. Our struggle is a shared struggle, however no struggle has been as difficult as the Black struggle, therefore when we stand united with the Black Lives movement, we’re standing for every other movement as well, because when the Black Lives movement prospers, all movements prosper.

This moment that we’re living now is a direct result of the years upon years of building unity between communities and of decades of standing up and fighting against the powers that push our people down. I’ve learned that the only way to heal generational trauma is for generational healing to take place; meaning I’ll heal from my ancestor’s wounds by learning from the past, processing the harm that’s been done to Black, Indigenous and People of Color, and creating action to make sure we can progress and end the ongoing suffering for so many.

I believe this moment is the real movement being built right in front of our eyes. We must continue to build networks between communities that can fill the needs that this country’s government could never fill. We must continue to use these moments to break down the systems that were built to benefit others at our expense, and instead rely on each other as people to take care of one another and to provide for one another in order to truly live in peace.

I stand with my Black siblings, Black Trans lives are beautiful, and Black lives matter! 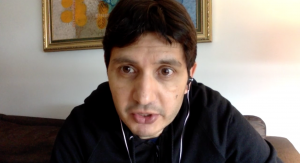 I’ve been very moved by how intersectional this movement has been from its early iterations in the days of Ferguson, to the overwhelming multi-ethnic, cross-class protests of the past weeks. Something does feel different about the support for the movement this time around, even if actual social, legal, economic and infrastructural changes are still mostly on hold. I will choose to be optimistic about the sharing of a sense of injustice, of a recognition that racism is alive and well in our society, even perhaps with some understanding that racism is not a random occurrence, but a pervasive foundation of the USA that has never been addressed properly.

Both fights, for immigrant rights and for Black lives, share an equally fundamental anti-racism. We can easily verify that the government policies that have worked against brown and black folks from South, Central America and Mexico, Africa and the Middle East, are driven by a fear of invasion of non-white folks; that the government must continuously perform “protection” against these populations, who somehow are larger than life threats. The same could be said for the history of African-Americans as we call the anglophone Black ethnic group that formed in the USA through the violence of slavery. Black bodies have also been seen as needing control, always a thread to white security. This is the core element that brings the two movements together for me.

Because of the widespread ignorance of a shared history amongst the denizens of our hemisphere, there’s still much work to be done by educators to iron out the internal racisms that sometimes prevents more solid/unified fronts, but we’re getting there. To answer your second question, we need more of this education, this research, this reading, this learning, across groups that have received the brunt of white fear, their robotic sense of superiority, and a medieval desire for control of foreign bodies—even with our white populations, of course! For being a part of that movement to educate, I thank you and admire you, Pamela Yates.