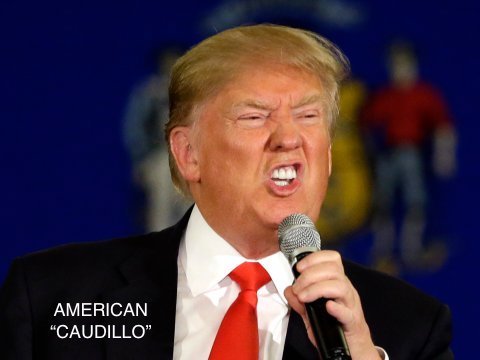 10 Nov We’ve Seen This Before

There’s a scene from our film “The Reckoning: The Battle for the International Criminal Court” where Luis Moreno Ocampo, the ICC Prosecutor at the time, is giving his bi-annual report to the UN Security Council.  Referring to the genocide in Darfur, he’s trying to convince the impassive UNSC members that they must take action stop Sudan’s leader, Omar al-Bashir, from continuing to perpetrate this massive crime.  He tells them, “We’ve seen this before,” and goes on to describe the massacres in the former Yugoslavia and the Holocaust.  The UNSC took no action.

The Reckoning – trailer from Skylight on Vimeo.

That phrase, “We’ve seen this before”, often comes to mind at times like this tragic election of Trump, because the writing was on the wall from the day he announced his campaign in 2015, deriding Mexican immigrants as rapists and such.  The effect was immediate, it was obvious that he had lit a powerful fire of anger and frustration in a large sector of the American populace, making all kind of bombastic pronouncements about how he would cure all their ills and look out for them.  I immediately felt the specter of an American “caudillo” (strongman) arise, even as the media ridiculed Trump as a joke, a kind of grotesque clown.  Like the many I witnessed firsthand growing up in Latin America.

Yes, we’ve seen this before.  Figures like Presidente Gonzalo, leader of the Shining Path insurgency in Peru, was also dismissed as clown, even as he fired up thousands of followers with his message of taking up arms to overthrow Peru’s government, and he nearly succeeded. Hitler was dismissed as a clown when he first came on the scene.  Putin’s behavior is often dismissed as clownish, even as he dismantles civil society in Russia.  And now we have our very own clown taking the reins of power of the biggest military machine on earth, and the world’s largest incarceration system.  These are dangerous clowns all, spinning powerful messianic narratives that spur people into frenzies of hate, with revenge scenarios and the subjugation of perceived enemies.

But what we’ve also seen before are inspiring stories of resistance and liberation to throw off the yoke of tyrannical regimes, like the movement that brought down a massively corrupt government in Guatemala last year, depicted in our upcoming film, “500 Years”.  It’s our job to tell these stories, to remind those of us fighting on the right side of history that we have power.  As an artist friend of Toni Morrison told her when she was depressed after the 2004 election of Bush (yet another dangerous clown):  “No! No, no, no! This is precisely the time when artists go to work—not when everything is fine, but in times of dread. That’s our job!”

So as we say in Spanish, manos a la obra – all hands on deck!  We have a hard road ahead.