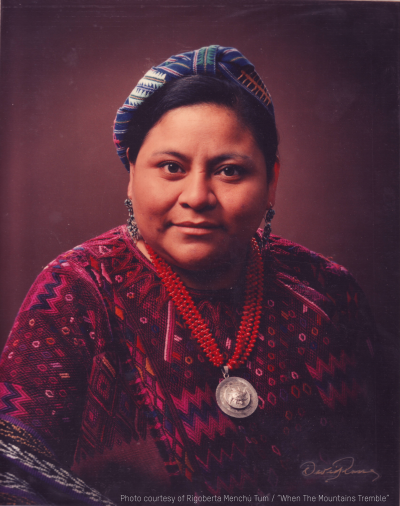 12 Oct Celebrating Rigoberta Menchú and her Fight for Justice

Posted at 13:47h in Journal by Ximena Amescua Cuenca

At the age of 22, with the release of When the Mountains Tremble, Rigoberta Menchú traveled the world speaking out against the violence in Guatemala.

On this day, October 12th, 25 years ago it was announced she would be the first indigenous person to be awarded the Nobel Peace Prize.

Join us in commemorating Rigoberta Menchú and the indigenous peoples who share her fight to defend human rights.