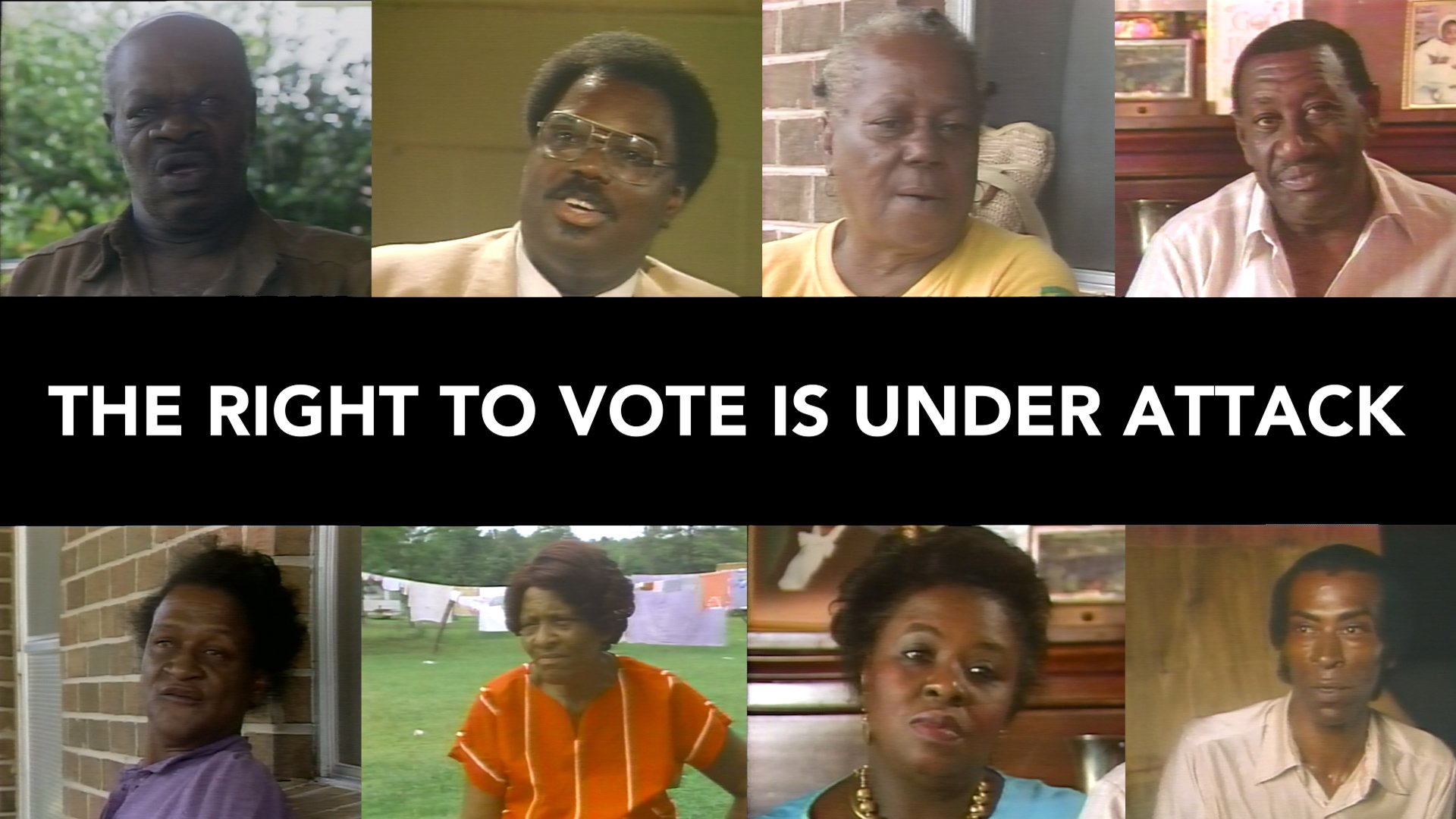 11 Dec The Right to Vote is Under Attack

Voter suppression affects us all. The enemies of democracy understand well the power of the vote—otherwise they would not wage war on it.

Tomorrow’s special election for US Senator from Alabama could help topple the Republican majority in the US Senate. But this election will be marred by a long history of voter suppression. Starting after the Civil War and continuing to this very day, Alabama has used both direct violence, economic threats, and anti-black legislation to insure their system of political control. This system keeps blacks from voting, and pits poor whites against blacks, resulting in a State with some of the lowest wages in the country, and some of the highest poverty rates in the nation. And now Alabama’s methods to suppress the vote are serving as a model for right-wing politicians in many states across the US.

In 1985 Skylight made a film “I’ll Vote On” to support the voting rights movement in Alabama. Skylight connected with courageous civil rights fighters, true unsung saints, that you’ll see in this film. Blacks had elected their own candidates for local positions, including a state senator, and then the white power structure fought back. US Attorney for Southern Alabama, Jeff Sessions, brought charges of voter fraud against voting rights activists. What ensued was a systematic campaign of intimidation, involving the FBI, against both elected officials and voters. Up until then, it was the largest “voter fraud” case in US history.

Today, Alabama’s attacks on voting rights are as bad as ever. An estimated 118,000 potential voters will not be able to vote due to stringent voter ID laws and other forms of intimidation. Voter suppression disproportionately impacts people of color, to the detriment of all poor and working people.

In solidarity,
the Skylight team