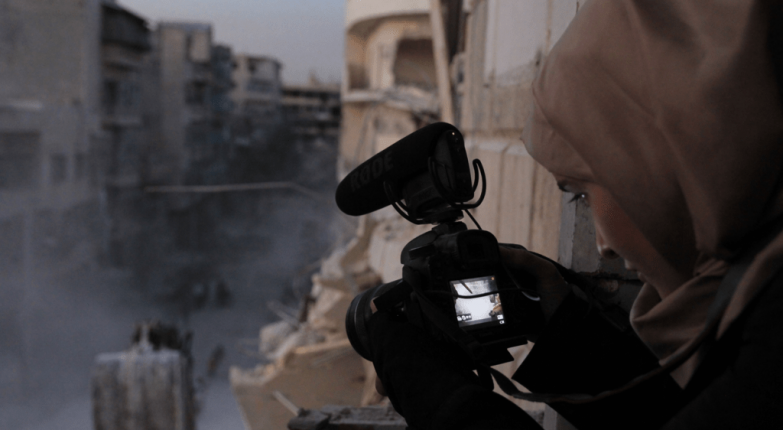 Posted at 08:08h in Journal by Pamela Yates

Here’s a great blog on the best of recent human rights cinema by Hannah Dunphy, the Digital Communications Manager at Physicians for Human Rights (PHR). I’ve been a long time supporter of PHR who have been building a movement of health professionals to defend human rights worldwide since the Central American wars in the 1980s. Right now, they’re doing important and urgent work to protect migrants and ensure their safety on the US southern border. We hope to work together upon the release of our documentary Borderland.


Grab your popcorn because the final countdown to the Oscars has begun: on Sunday, February 9, 2020 hundreds of millions of people around the world will tune in to watch the 92nd Academy Awards in Los Angeles, California. The annual culmination of the film awards cycle will hand out the industry’s top honors to nominees in categories including Best Picture, Best Director, Best Documentary Feature, and more.


While I’ll admit that I enjoy the red-carpet fashion and the star-studded glamour of the evening, it’s especially exciting to see how films about human rights issues are recognized. This year we saw some terrific films that captured powerful struggles for freedom, truth, and justice delivered to movie theaters and streaming services around the world. Most of these were documentaries, but others employed some of Hollywood’s top talent to dramatize the urgent, nail-biting true stories of our time. Spanning from torture investigations to immigration policy to policing drugs, these films asked us to witness up close the shocking violence and abuses faced by individuals, families, and communities around the world. But these stories also connected us in a deeper way with the resilience, courage, and unrelenting hope of those who are helping others and fighting injustice, despite impossible circumstances.


Without further ado – and with thanks to my friends and PHR colleagues for their recommendations – here are our picks for the best human rights films of 2019.


Health Care Under Siege in Syria

The Oscar-nominated documentary For Sama is simply unlike anything we’ve seen before. Directed by Syrian journalist Waad al-Kateab and British filmmaker Edward Watts, the film follows Waad and her husband, Dr. Hamza, as the conflict in Syria escalates from protests to all-out war. Tender moments of the couple’s courtship, wedding, and the arrival of their first child, Sama, are juxtaposed with grisly footage from inside hospitals and scenes of desperation as communities are obliterated around them. Our staff had the chance to screen the film in our New York offices last year and there wasn’t a person in the room who wasn’t visibly affected. After winning the Prix L’Œil d’Or for Best Documentary at the 2019 Cannes Film Festival and becoming the most nominated documentary in BAFTA history, For Sama this week secured its Oscar nomination for Best Documentary Feature.


How to watch: Check upcoming screenings on For Sama’s website or stream via PBS Frontline

Also nominated is the second film released in 2019 about attacks on health in Syria: The Cave, from director Feras Feyyad. Equally shocking as For Sama, the film follows pediatrician and managing physician Dr. Amani Ballour and her colleagues as they provide critical care to civilians in an underground hospital. Gripping scenes show how hospital staff endure aerial bombardment, while Dr. Amani confronts gender roles as she provides life-saving care.


How to Watch: Streaming on Amazon Prime.


Exposing the Truth about the U.S. Torture Program

A highlight of Adam Driver’s prolific year in film was his portrayal of U.S. Senate staffer Daniel Jones in his grueling task of investigating torture for the U.S. Senate Select Committee on Intelligence. With co-stars Annette Benning and Jon Hamm, The Report is an unflinching look at the extreme measures taken by the U.S. government in the aftermath of the September 11, 2001 attacks, including through extraordinary renditions, torture of suspects at so-called “black sites,” and violations of medical ethics. At a time when the United States is again beating the drums of war, the truth about this dark chapter in recent U.S. history feels urgent now more than ever.


How to Watch: Streaming on Amazon Prime. Read more about PHR’s work against torture in U.S. national security detention.


The Perils of Seeking Asylum at the U.S.-Mexico Border

Torn Apart: Separated at the Border

As the trailer of this film notes, in 2018, some 3,000 families seeking asylum in the United States were forcibly separated by the U.S. government at the U.S.-Mexico border. Most of these families were fleeing life-threatening violence in their home countries in Central America, only to face the terrifying, traumatizing experience of being forcibly separated once they crossed the border. Directed by Academy Award-winning documentarian Ellen Goosenberg Kent,Torn Apart is a 40-minute documentary that follows two mothers who were separated from their young children for months.


How to Watch: Streaming with subscription on HBO. Learn more about PHR’s recent investigations of trauma among asylum seekers, and stay tuned for forthcoming research on the extreme harms of family separation.

Portraits of the people attempting to make the perilous journey north through Mexico to the U.S. border, who also must pass the remains of those who lost their lives along the way.  How to watch: Check upcoming screenings on the film’s website.


The Terror of the Philippines’ War on Drugs

On the President’s Orders

An up-close look at President Rodrigo Duterte’s deadly campaign against suspected drug dealers and users in the Philippines, On the President’s Orders is a terrifying window into what happens when a government’s attempt to eradicate drugs turns into open season to kill indiscriminately and with impunity. The film features commentary from Phelim Kine, PHR deputy director of programs and director of research and Investigations.


How to watch: Streaming from Frontline.

Another hard look at the extreme violence caused by Duterte’s deadly war on drugs, this time through the eyes of photojournalists. How to watch: Stream from National Geographic on YouTube.


Mauritanian electrical engineer Mohamedou Salahi was captured and held for 14 years without charges or trial at the U.S. government’s detention facility at Guantánamo Bay. Based on Salahi’s memoir, Prisoner 760 will star Jodie Foster and Benedict Cumberbatch to tell the true story of Salahi’s ordeal. (If you don’t know Salahi’s story, we recommend The New Yorker’s excellent feature on Salahi by journalist Ben Taub, or watch an interview with Salahi and PHR experts here)


Also, stay tuned for Borderland, a forthcoming feature-length documentary from human rights filmmakers Pamela Yates and Paco de Onís about human rights at the U.S. border. The film is set to feature Dr. Scott Allen and Dr. Pamela McPherson, U.S. government contractors who helped expose conditions at U.S. detention facilities and who were honored by PHR at our annual gala last year.