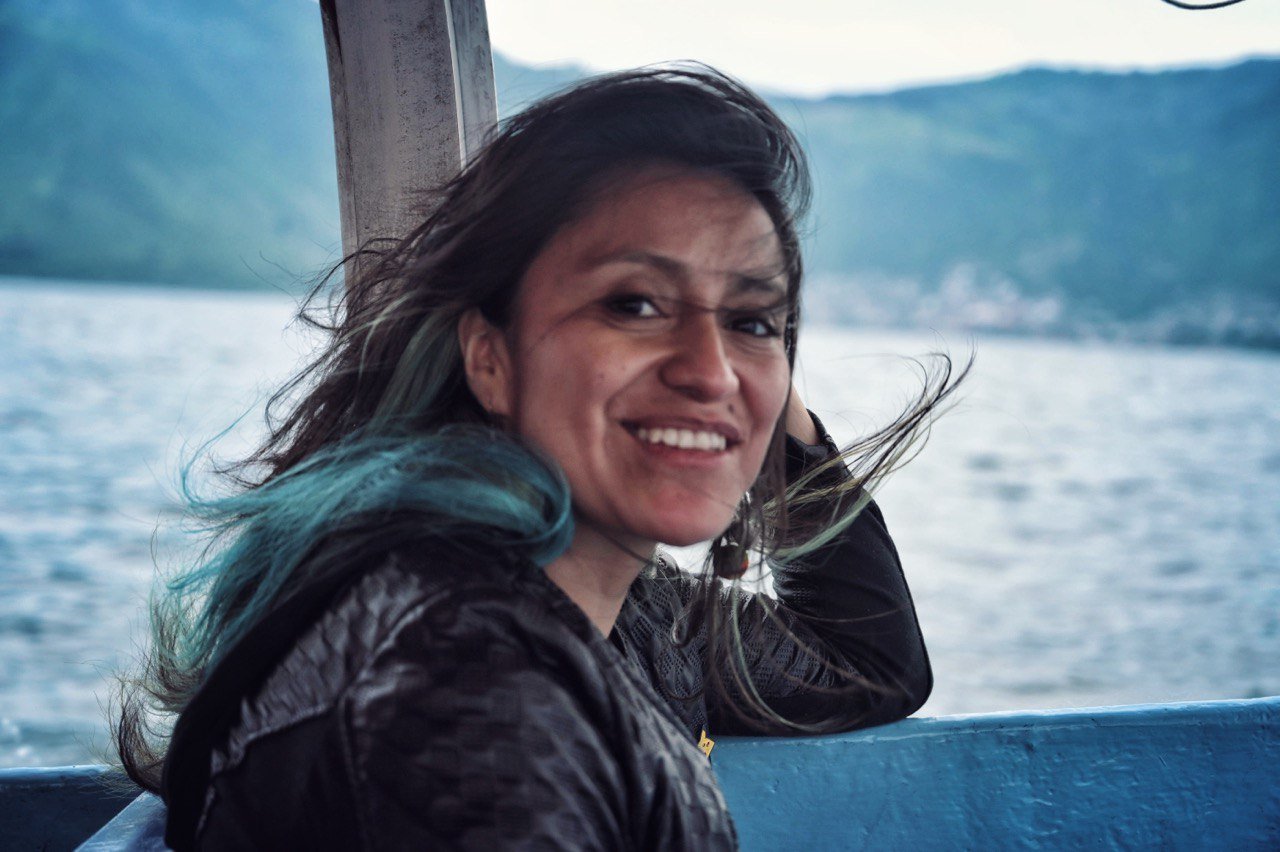 12 Oct Passing It On: An Interview with Andrea Ixchíu Hernández

Posted at 11:46h in Journal by Pamela Yates

Andrea Ixchíu Hernández, a protagonist in our film 500 YEARS is now creating her own feature length documentary film in her Maya-K’iche’ homeland of Totonicapán, Guatemala.  In the lead-up she’s released a short film called Cho Ukayib’al (To Look Deeply). Told in the first person while soaring above the ancestral forests, the film feels timeless, omniscient. To Look Deeply has been chosen for the International Invisible Cinema Film Festival in Bilbao, Spain from October 15-22, 2020. Thelma Cabrera, the President of CODECA (The Committee for Peasant Development) who ran for president of Guatemala in 2019 and appears in the film, will attend the festival to represent the project.

The following is an interview I conducted with Andrea about To Look Deeply. In it, she discusses how part of her filmmaking practice is to pass on the stories from the elders to the younger generations. You can watch To Look Deeply here. This interview has been lightly edited and condensed.

What inspired you to create Cho Ukayib’al (To Look Deeply)?

I was inspired by the strength of indigenous communities, the voices of indigenous women and our long resistance against colonialism, capitalism and patriarchy.  In 2019 in Guatemala there were important national elections, so together with a group of young people, we organized to hack the elections by generating a conversation about the importance of defending life and our lands from extractive industries. We called the campaign “I Choose Dignity” and supported the presidential candidacy of Thelma Cabrera, a Maya-Mam woman, who is the president of the largest peasant organization in Guatemala, CODECA. That’s where the film started.

What’s the film about?

From the visions of three powerful women, Thelma Cabrera, María Choc and Maggie Garcia, we learn about diverse struggles of indigenous communities in defense of water, land and the transformation of structures that violently oppress indigenous people in Guatemala.

You combine the ancient, Mayan spirituality and the very contemporary digital activism in the film’s section on culture hacking.  Why this choice and how did you successfully combine them in content and form?

Culture hacking is making common sense out of radical ideas. Radical as the ancient Mayan knowledge that says that life is more important than money. We build insurgent open source narratives. We defend life and territory and dismantle systems of oppression one meme at a time. It is now very important to use digital tools to tell and share the stories that the elders have told us. How am I going to share these stories with younger generations that are getting their stories from digital platforms? On these very digital platforms we make sure these stories are not forgotten. That in our forests are sacred elements for the life of the planet: Loq’olaj ulew (sacred land); Loq’olaj qieq’iq ’(sacred wind) and ri loq’olaj ja’ (sacred water), and that the care of these elements should guide the actions to take care of the territory. The permanent harassment by extractive industries makes life more difficult for our communities. We have to invest much more time and work in defending our land.

How did you choose the protagonists?

I’m also a member of Festivales Solidarios working with art, music, culture, communications to assist resistance acts in communities across Guatemala – San Lucas Tolimán, Sololá, El Estor, Izabal and through my  support of CODECA, I met Maggie, María and Thelma. Maggie is the youngest protagonist, she’s Kaqchikel, she’s a mother, a water protector and a journalist organizing in her community. María is a Q’eqchi’ interpreter, land defender, mother and organizer and is facing prison.

Thelma is a very powerful woman, as I mentioned, she leads a peasant organization, CODECA, and she was elected by her organization to be a presidential candidate in 2019. She came in fourth in the elections. She impressed me because she also has a very clear analysis of the effects of war, of racism and their relation to the state’s neo-liberalism. So I decided to put their voices at the center of the film’s story. In this pandemic, genocidal and ecocidal times these stories are urgent, and it’s relevant to center the voices of indigenous women that speak from a position of dignity.

Why did you tell the story in the first person in To Look Deeply?

This story is also my story as a Maya-K’iche’ woman, as an activist, as a member of an indigenous community.

What did you want people, after seeing the To Look Deeply, to take away from the film?

Hopefully some can see what their communities have in common with the stories in the film – the necessity of organizing to protect life and the people who defend it. Our ancestors prepared for bad times, and the role of our generation is to defend our land, knowledge and ways of healing the earth for those who are not yet born. 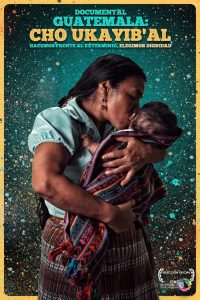 This is the basis for a feature film, right? What’s it called and what will you do differently?

Yes, we are working in a feature length documentary called “Elegimos Dignidad” (We Choose Dignity) where we want to share more of the daily life of women and of their communities who protect life, water, earth. We are facing a climate emergency and looking for solutions, so it is very important to show how the long term resistance of indigenous communities provide ancient alternatives that already exist in our lands, but are being stamped out by the expansion of neoliberal capitalism and it’s infinite growth on a finite planet.

Just during the 2020 pandemic, the government militarized the country and launched aggressive actions against human rights and environmental defenders – twice as many as in the previous year. So we want to develop the story with that perspective.

You’ve told me that you are taking the unusual approach of collective storytelling in this film. How does that work?

We are using the methodology of narrative practices to build a collective voice. It will make the story more poetic. We want to tell a story from a place of dignity. I come from an indigenous community film school that seeks to narrate from the community, which works to claim the collective right to communication. We want to create a cinema that represents our political, ecological and social positioning beyond cultural expressions that strengthen identities.

In To Look Deeply you have gorgeous aerial cinematography over the ancestral forests of Totonicapán, where you live. You were continuing to film in the forest recently when you were attacked.  What happened?

On September 22, my sisters, my brother-in-law, a young cousin and I were attacked by loggers who were operating illegally in the Totonicapán ancestral forest. We had been taking a walk and photographing for our film when we came upon them and then reported them. We all sustained injuries from the beatings and we have had to stop working in order to heal our bodies and our spirits. And we are very worried about the work of the Guardabosques, the forest guardians, those who care for the land, water, here and in all parts of the world this work puts their life at high risk.

We will continue to photograph the forests in Totonicapán, they are central to our story. In these forests the three great watersheds of Guatemala originate which then flow into the Gulf of Mexico, the Caribbean Sea and the Pacific Ocean. So you can understand how the life of the country depends on protecting these forests.