A Turning Point for Guatemala 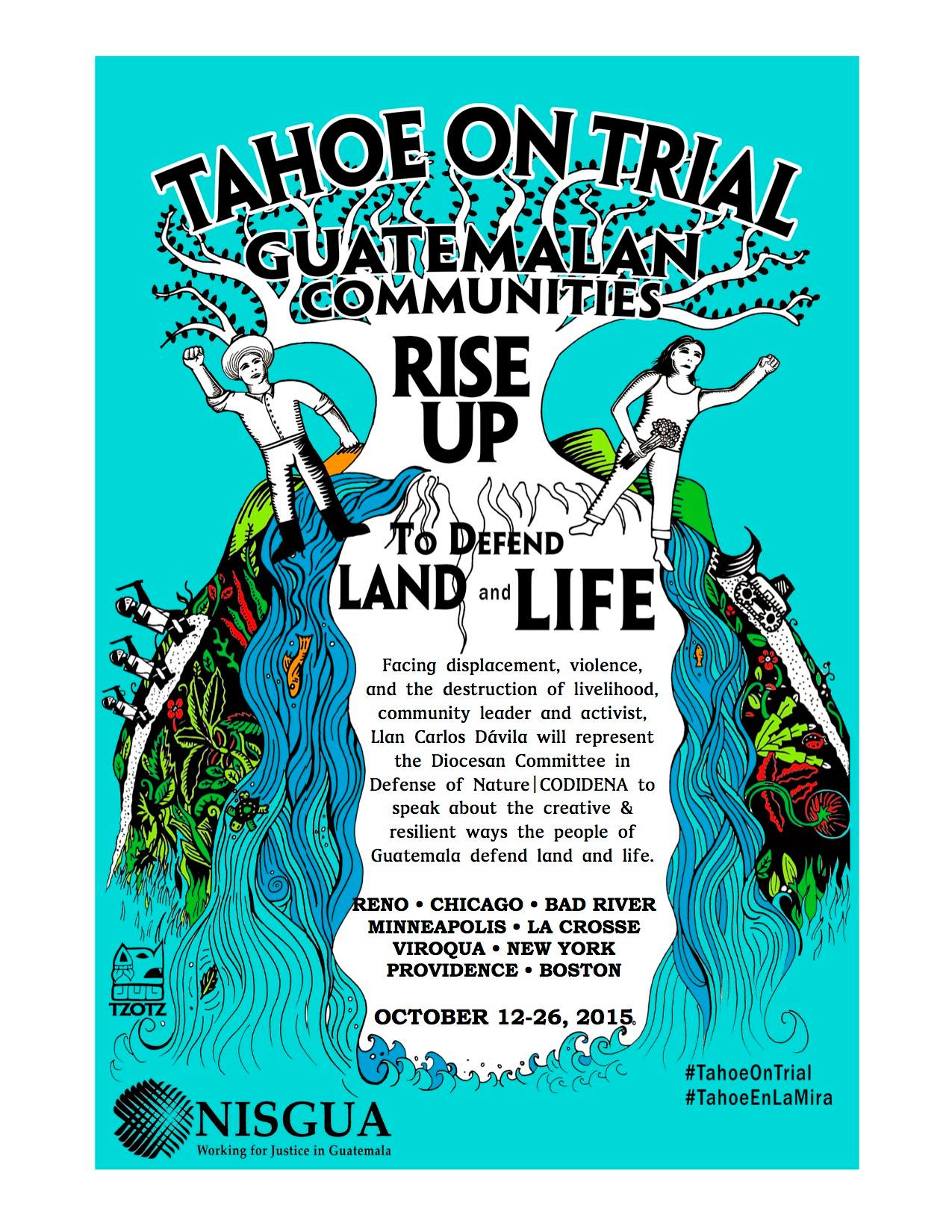 From September’s headline-grabbing indictment of Guatemala’s President on corruption charges, to ongoing rural opposition to extractive industries, we’ll hear directly from Guatemalan activists about this historic moment and how the country’s disparate social movements can work together to achieve human rights and justice.

Llan Carlos Dávila, a community leader and activist, and member of the Diocesan Committee in Defense of Nature (CODIDENA), will speak about the creative and resilient ways people in his region are opposing a destructive silver mining project led by U.S. and Canadian-owned Tahoe Resources. Llan Carlos is visiting NYC as part of the U.S. speaking tour, “Tahoe on Trial,” organized by the Network in Solidarity with the People of Guatemala (NISGUA).

Gabriela Alvarez Castañeda of Guatemala Florecerás, a NYC-based activist collective, will discuss the group’s local organizing in support of #RenunciaYa, a campaign led by tens of thousands of Guatemalans demanding the resignation of President Otto Pérez Molina and an end to government corruption.

Pamela Yates will be the event’s discussant. Pamela is a co-founder and the creative director of Skylight Pictures. In 2011, she directed the documentary film Granito: How to Nail a Dictator, which was used as key forensic evidence in the Ríos Montt genocide conviction in Guatemala. She is currently working on the film 500 Years, the third in a trilogy that explores the battle for the national narrative in present-day Guatemala.