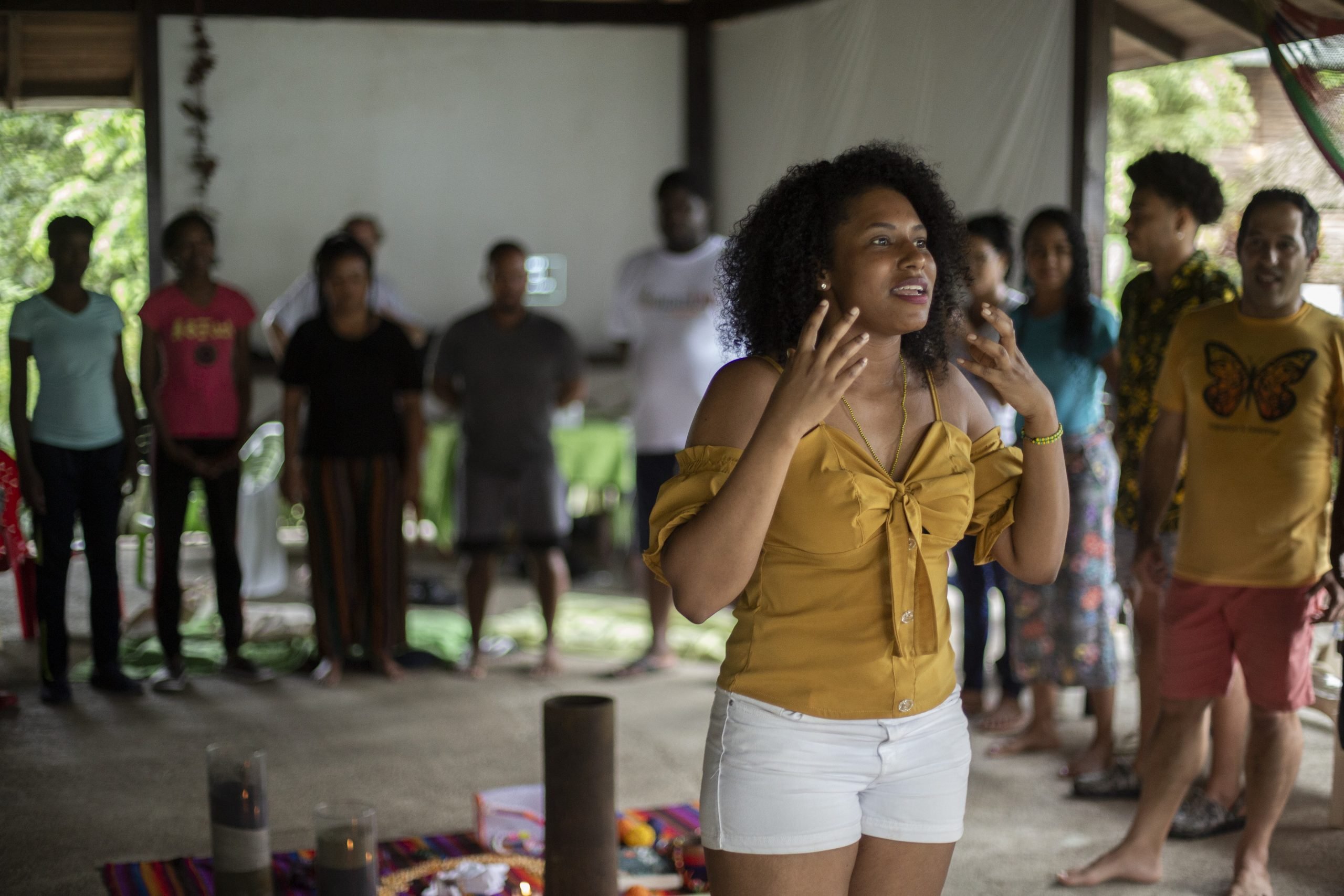 Posted at 15:00h in Journal by Pamela Yates

Vanessa Márquez is the director and founder of the Vive Afro digital magazine. She is a journalist and entrepreneur and also creates cultural productions. Vanessa participated in SolidariLabs Afro-Colombia this past February 2020.

Vive Afro was born in 2014 at the University of Antioquia, in the city of Medellín. Its unique focus soon gained a following that went beyond the university, evolving into a cultural platform that highlights and enhances the talents of the Afro-Colombian, Raizal* and Palenquera* community (*different ways that Afro-Colombians self-identify based on a shared history).  In addition, she is a columnist for several digital portals in which she writes periodically on current affairs. Her most recent article was published on June 5, 2020, following the murder of George Floyd in the United States and Anderson Arboleda who was beaten to death by police in Colombia.

“Anderson’s death leads us to mobilize against government racism regarding COVID-19 targeting Black, Afro-Colombian, Raizales and Palenque communities. We must take action against the construction of the Port of Tribugá that threatens the natural diversity of the Colombian Pacific. And we must mobilize against the lack of investigations in the murder of thousands of environmental rights leaders such as Ana Fabricia Córdoba, whose family was also murdered, though no one has been indicted nor convicted in their deaths.”

I spoke with Vanessa during the days of the SolidariLabs Afro Colombia on the Pacific Coast near Nuquí. Here are some excerpts of my conversation with this inspiring woman, a brilliant journalist and entrepreneur who has created a medium that celebrates and highlights cultural diversity in new languages and formats.

Pamela: How would you define your work, what are you passionate about?

Vanessa: I am a journalist. I graduated five years ago, and I have also worked as a cultural promoter. I have always liked to tell stories, especially from the Afro-Colombian, Raizal and Palenquera communities, because they are invisible. They are not in the mainstream media and the few representations of these communities have been through stereotypes and stigmatization. I’m passionate about these real stories,  showing that other face, telling stories that are not known and that deserve a place.

Where did the idea of ​​creating the Vive Afro Magazine come from?

I have always liked the digital space, as well as journalism and entrepreneurship, so for my undergraduate work I decided to produce something that would mix those three things. That led me to create the Vive Afro magazine – it was unprecedented. I saw that many interesting things were happening in the city of Medellín,  and I wanted a medium of communications that would show all of that movement, I wanted to create an entity that was sustainable.

There were artists doing important work, entrepreneurs creating a company through gastronomic, design and aesthetic knowledge. After I graduated I started the first working group of journalists, audiovisual communicators, graphic designers, they were all friends who had been interested in the project. We started to publish monthly issues of the magazine on the website, and from there we have evolved, not only as a means of communication, but also as a platform for empowering the talents of the Afro-Colombian community. From our lines of work we also generate projects that aim to empower the community around identity and generate entrepreneurial initiatives as well as promote work in art and culture, so that artists are more visible.

What do you hope to achieve at Solidarilabs Afro Colombia?

As the ideas evolved, I have realized that many Afro-Colombian people have different initiatives, both collective and individual. What I want to achieve with this laboratory is to know what each organization, each person does, in order to showcase it; and collectively,  drawing on all this good leadership in this one place, have an initiative or a project  created  to contribute to the solution of a problem that is everywhere and that affects us all.

I believe that one of the strategies that  perpetuates racism and stereotypes is segregation. It continues to make our community invisible and hidden . I believe that one of the ways to change these ideas is to unite as Afro-Colombians, count  on the growth of each of our communication approaches – that we do not stay separated in niches  and that through cinema, journalism and new narratives, people can feel and understand how we are and what our issues are in order to create transformation of these stereotypes. 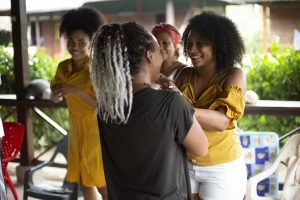 How do you imagine a country without racism?

When I imagine a country without racism I dream of a country with opportunities, with quality education, with basic needs met, where remote territories have better access, better roads. I dream of a country where children do not have to suffer going to school because they will be discriminated against, a country that teaches that history that has been hidden from us, where educators from schools, colleges and universities understand the value of our differences and of the cultural diversity that is within us. A country where economic initiatives are created, where people who want to undertake these initiatives have the opportunities to do so, because it is very difficult to be an Afro entrepreneur in Colombia.