In REBEL CITIZEN, Wexler speaks with lucidity and a candor that can only come with hard-won experience and the wisdom of age, about his progressive political beliefs and his artistry. “There are a lot of ways to look at the world,” says Wexler, “that may not be presented to us as the important things.” In REBEL CITIZEN we see the world through Wexler’s eyes, as he narrates his self-evolution as an artist and an activist. Haskell made documentaries illuminating key moments in US political life for the past 50 years. Wexler discusses THE BUS from 1963, filmed with civil rights activists as they traveled the country on their way to the 1963 March on Washington where Dr. Martin Luther King Jr. gave his historic “I Have a Dream” speech. Wexler also speaks extensively about the groundbreaking MEDIUM COOL, one of the original hybrid films, where he filmed his actors in the midst of the police riot at the Democratic National Convention in 1968. And he shares the story behind UNDERGROUND, his film about Weather Underground fugitives, which cost him his job as cinematographer on “One Flew Over the Cuckoo’s Nest.”

More than a retrospective of a master’s work, however, REBEL CITIZEN asks the question, “What does it mean to be a patriot?” Haskell does not see his critiques of the U.S. government as antithetical to being a patriot–they are, in fact what make him patriotic. “I don’t critique our government per se, I ask the government, ‘Who do you represent? Do you represent the people? Or do you represent private interests?” Yates’ intimate interview style with Wexler’s blunt and at times irreverent answers make for a fascinating dialogue on political documentaries, and the commitment every American citizen should make towards bettering the United States. “I’m not ready to give our country away to anybody, you know?” says Wexler, “and that’s it.”

Pamela Yates is a co-founder of Skylight Pictures and currently the Creative Director of Skylight, a company dedicated to creating feature length documentary films and digital media tools that advance awareness of human rights and the quest for justice by implementing multi-year outreach campaigns designed to engage, educate and activate social change. Her 2011 film was Granito: How to Nail a Dictator, for which she was awarded a Guggenheim fellowship. The film was used as key forensic evidence in the Ríos Montt genocide conviction in Guatemala. Yates is an American filmmaker and human rights defender and was born and raised in the Appalachian coal mining region of Pennsylvania, but left home at an early age to live in New York City. She is the Director of the Sundance Special Jury award winning When the Mountains Tremble; the Executive Producer of the Academy Award winning Witness to War, about an American Doctor behind guerrilla lines in El Savador; and the Director of State of Fear: The Truth About Terrorism, which has been translated into 47 languages and broadcast in 154 countries. Her epic film The Reckoning, about the tumultuous first 6 years of the International Criminal Court was filmed on 4 continents and in 7 languages and premiered at the Sundance Film Festival. She also directed the development of Granito: Every Memory Matters, an interactive media project that gathered memories and put them into a public online archive to help restore and repair the collective memory of the Guatemalan genocide. Yates just completed Disruption (2014), a documentary that explores innovative strategies to reduce poverty through women’s economic empowerment in Latin America. She is currently working on 500 Years, the third in the Guatemalan trilogy that explores the battle for the national narrative in present-day Guatemala. She is a member of the Academy of Motion Pictures Arts and Sciences, The Writers Guild of America, the Independent Documentary Association, and a Contributing Editor to NACLA: Report on the Americas

“We as filmmakers are priviledged. We can make people cry or laugh. We can make them think and feel. Its a great priviledge and a great responsability.”

Haskell Wexler began his feature filmmaking career as a cinematographer in the late 1950s, having previously shot educational and industrial films. The Chicago native had traveled to California to attend Berkeley, but dropped out after one year. He served as a merchant seaman during WWII and then returned to Illinois.

“Stakeout on Dope Street” (1958) marked his first (although uncredited) work as a cinematographer. He went on to shoot several features, many, like “The Hoodlum Priest” (1961), noted for their social themes. Wexler has stated that Elia Kazan’s “America, America” (1963) marked the turning point in his Hollywood career and includes “some of the best photography” that he shot. He went on to shoot the intense, claustrophobic black and white images of Mike Nichols’ “Who’s Afraid of Virginia Woolf?” (1966), which earned him an Oscar, as well as providing memorable and distinctive looks to Norman Jewison’s “In the Heat of the Night” (1967) and Milos Forman’s “One Flew Over the Cuckoo’s Nest” (1975). His beautiful rendering of the muted tones of the American Dust Bowl (including several storms) in Hal Ashby’s “Bound for Glory” (1976) earned him a second Oscar for Best Cinematography. Wexler also lensed Ashby’s Vietnam-era “Coming Home” (1978), John Sayles’ union-busting tale “Matewan” (1987), the urban gang drama “Colors” (1988), the biopic “Blaze” (1989) and “The Babe” (1992), Sayles’ Irish fable “The Secret of Roan Inish” (1994) and the period crime drama “Mulholland Falls” (1996).

Wexler also produced, wrote, directed and/or photographed a number of documentary films in his long career. Among the highlights are “The Bus” (1965), the Oscar-winning short “Interviews With My Lai Veterans” (1970), “Brazil: A Report on Torture” (1971), “Introduction to the Enemy” (1974), co-directed with Jane Fonda, Tom Hayden and Bill Yahrans, “Underground” (1976) and “Who needs sleep?” (2006), which shows how sleep deprivation and long work hours are a lethal combination. Wexler was also one of several directors of photography interviewed for the superlative “Visions of Light: The Art of Cinematography” (1992).

A passionate liberal, Wexler produced, directed, wrote and photographed one of the most devastating and technically sophisticated anti-establishment films ever made, “Medium Cool” (1969). Drawing on the stylistic and theoretical advances made by such vanguard figures as Jean-Luc Godard, and taking its title almost straight from the mouth of media guru Marshall McLuhan, “Medium Cool” was set and filmed during the 1968 Chicago Democratic convention. It chronicles– in striking, neo-documentary style–the affairs, both professional and amorous, of a detached TV news cameraman (Robert Forster) as he becomes increasingly aware of the political ramifications of his work. The film remains a landmark of political cinema, and an insightful essay on the “cool medium.” Wexler also helmed “Latino” (1985), a taut drama about an Hispanic Vietnam veteran (Robert Beltran) assisting in the training of the US-backed Contras in Nicaragua. The film divided critics and audiences along partisan political lines. 1

INSIDE THE CRITERION COLLECTION “MEDIUM COOL”

WEXLER TALKS ABOUT THE RESPONSIBILITIES OF FILMMAKERS

CLICK ON IMAGES BELOW TO LEARN MORE ABOUT THE EVENT OR TIME PERIOD. 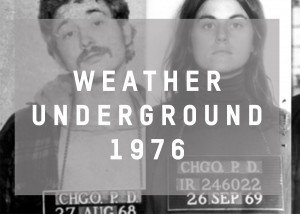 If you have a story about Haskell or any information about his documentary and humanitarian work please contact us at info@skylightpictures.com